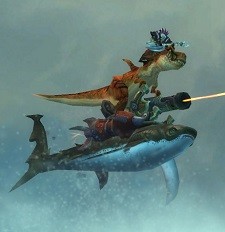 Do yourself a favor and go to youtube and play https://youtu.be/51WyVA3pTH4 while you read this.
So my first week on the keto os is complete minus going to sleep. Here is how day 5-7 went.
Day five was at home with bacon, butter, ribeye, cream, and a super energetic creative mood which spawned this blog.
Clarity i say. My mind feels to be working 50 to 60 percent better. I say feels, but it isn't a feel per se. My thoughts are undistracted, I can finish them without being sidetracked by cravings or emotions unrelated to reality. There are no negative cascades from lifes typical annoyances, like when I've been on a typical woe. You know them: people eating with there mouths open, stubbing a toe, dropping your coffee on the floor, trying to learn fractal geometry from a siberian husky. I'm more able to stay emotionally uninvolved with various social or work related situations. For me this can be talking with customers and navigating streets full of distracted drivers.
Saturday night I went out to a bonfire party.
I had a few beers, 3-5 keg beers over a 7 hour period. I also ate some chips, crackers etc. It wasnt keto, nor lchf. I didnt bother worrying about it, nor beating myself up.
It was social, I wasnt eating out of boredom or some normal desire to get feels. It wasnt a binge, I didn't crave the food. Eventually the party was over, and as the last man standing I left after sunrise had fully merged into a beautiful sunny day.
I left drinking a serving of keto os.
Then went shopping for some clothes, winters coming, and some food for the week. I ate a smaller amount of food on sunday since carbs at the party, wasn't super hungry, and kinda tired from not sleeping.
I cooked and packaged the meats for the week. Then took a nap.
Slept great into monday morning after driving to my delivery the night before.
Lazer beams!
When I awoke, mixed up a serving of keto os, started drinking it while I got set up.
After 2 hours of unloading the trailer I was half way done already...whooooo...
The ketones were kickin, my mind was clear, energy on point unwasted.
When the stop was finished had breakfast.
Half a stick of butter, a swig of cream, and sirloin slices. Just what I needed.
Of course these lazer beam moments and meals would have been so much sweeter, had I not forgotten the bacon in the freezer before leaving home. At least thats already prepared for next week.