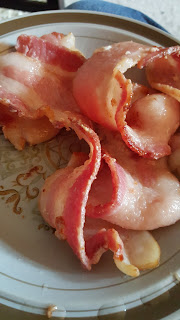 As I sit here eating bacon, drinking butter and cream, thoughts come to mind. A lifetime of rollercoaster riding, food, anxieties, low dark moods, lostness, questions, answers, love, hate, grace like ocean waves breaking upon a miami beach in july.
In western michigan i began life. First son of hard working honest parents.
Growing up we had typical american meals. Some passed down from grandparents, some via "latest research suggets"..
Weekends at grandparents or great grandparents would be highlights of sweets, breads, meat and potatoes.
A sunday i remember well and often would be bacon sausage sunnyside up eggs pancakes toast and jam along with a big family to share it with.
Family gathering were frequent and filled with an assortment of sweets, breads, sodas, candy, typical normal average american fare.
We would eat mac n cheese, hot dogs, goulash, hamburgs, grilled cheese, soups, pb&j, waffles, cereals, pancakes, all as part of an average weeks offerings. Sundays would many times be roasts with potatoes and veggies, bread and butter.
Something striking that i remember is one side of the family ate more meat and potato style meals and the other what is described above. One side was heavy, the other mostly lighter.
The foods I loved most fell into two categories, sweets and meats.
Anything bread like, cake cookie brownie etc to infinity. These foods always gave me good feelings. Boosted my moods. Only for a short time though. The meats always made me feel better, without a spike of energy, more sustained, even.
I learned to ride the rollercoaster to hit these spikes, I loved that energy. Notice an emotional attachment had developed.
I learned to feel good by eating sugar.
One of my early memories is of my younger brother and I sneaking into the kitchen. I was around 3 or 5 at the time.
We pushed a chair up to the cupboards, I climbed the mountain to reach the summit of the refrigerator.
Like climbers on everast the quest had been painstakingly careful. The reward we were after?   Pixie stix.
By the time high school was over i had developed an emotional addiction to food, well actually carbs, sugar. My self image impaired by the massive swings in weight, typical school teasing, limiting beliefs, and moodiness. All unknowingly to me at the center cause:
Sugar.
When I started to work, and begin adult life, my access to financial resources allowed near unlimited opportunity to binge. Whatever texture, flavour that turned me on became my drug.
My weight rose, my moods like bee's wandering through a field of flowers, ever varying, one moment up next down. Fueled by the rollercoaster of sugar.
Every part of my life suffered. I recoiled, isolating myself from others, alone in my room with my beloved sugar.
This led to plenty of bad situations. Bad work habits, dishonesty, bad relationships, substance abuse.
At the end of 6 years at a job, I informed my employer that I would require a $10,000 per year raise to continue with them. Working there I had maxed out to the top of the ladder.
They told me it was not ever going to happen. So I spent some time mulling over options. The choices became schooling or training, I didnt really know about entrepreneurship.  Schooling would be 30k in debt or more with little more than minimum wage for 2 to 5 years in the field. This meant I'd be in that same company for another 5years working through school, and end in major debt. The training option in skilled labor is where I went.
Leaving my job and security for a short three week training, i became an otr truck driver.
This suited me, isolated from others, lots of resources to binge on sugar, thousands of daily opportunities to feel good with my lover: sugar.
Four years later im coming unglued from reality, hating life and everthing, everyone, in it. 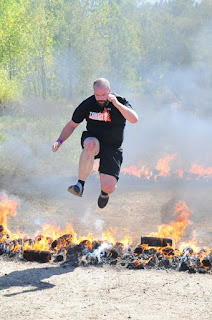 I quit my job, I sold my car. I started using meal replacement shakes, researching marketting, foods, drugs, self improvement. Started going to a gym or two. Even lost nearly a hundred pounds over the next year or two.
I ran 5k's, warrior dashes, and two Tough Mudders. I tried my hand at network marketing, failing to really grasp the how to of the work. I believe it to be a real and good profession, when done with integrity, and love.
But alas Sugar, moodiness, isolation.
In 2013 I was in the afterglow of a tough mudder event in april. I was still exercising, trying to lose weight, and failing at it.  Invited to go skating one Thursday by a friend, an hour or so goes by with little incident.  I say to myself 2 more times around then call it quits.
I got one quarter the way around the first loop, lost balance fell and...
Off to the hospital I went with a (some technical term for both tibia, fibula being broken at the ankle.). 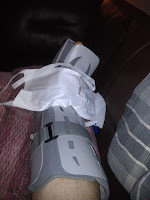 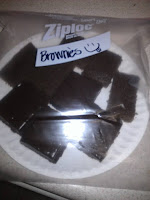 Oh sugar my love where art thou. I asked everyone for brownies. I gained my weight back up near 370 pounds by the end of 2014. Sugar was so kind to me, so loving, so brutally sweet.
The stress of it all, and the doctor bills, led me to leave a job of 3 years. A good job with a good local company. I left for a job in regional trucking delivering hand unloaded freight to dollartree stores with a 10k sign-on bonus.
I needed to drop weight, and pay off doctor bills.
Over the last year or so I found some new friends online in a couple fb pages. A lchf page run by Steve Cooksey, diabetes-warrior.net. And a zc page called principia carnivora, zerocarbzen.com.
I learned about insulin resistance, how glucose over 100 is damaging to cells, grehlin, leptin, gluconeogenisis, glycogen, ketosis, ketones and much more.
I learned of Steve's path to health from obesity and diabetes. I learned of another man, Andrew Scarborough, who helped heal himself of brain cancer.
All based on changing to high fat low or no carb diets.
Humans can be powered by glucose, or ketones. Essentially sugar or fat.
Something I found was that inflammation is a big cause of symptoms in a wide variety of illness. Our woe, way of eating, in america leads to more inflammation, via stress, imbalanced omega fats, and sugar.  Inflammation caused by high sugar low fats damage the blood vessels.  Cholesterol gets used to heal, then we take anti cholesterol meds and get blowouts.
Sugar hurts us. The science is there, i shouldnt have needed a lifetime to figure that out.
Our bodies only need a tiny fraction of glucose to survive. It has a mechanism to break down fats or proteins to supply that.
When the liver isnt busy trying to deal with excess sugars, ever seeking homeostasis, it can and will break down fat into ketones for energy. An overwhelming amount of the body can and will use them for their energetic needs.
High sugar blocks our bodies access to fat stores and ketosis.
Transitioning from glucose to ketones can take a long time. Ive heard up to 6 months, or as quick as a few weeks. Highly dependent on how damaged we are from diet, genetics, or other medical issues.
In some the brainwashing of, fats bad-cholesterol bad, keeps them from attempts. Others balk at eating fat, or find it difficult do to not having had to digest fat for most of their lives.
This year, 2015, I started heavy around 370.  In the last six months I've widdled that down to 335. Through hard work on the job, less bad food choices. Notice I said less. 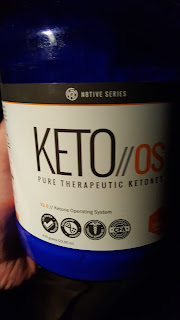 A week or so ago I came across a new product. Someone I met online, then in person at a company event had started with a new company called prüvit. I was amazed by her story when I first read it on her fb page. She had very similar experiences with weight, body image etc.

* i am an independant pruvit affiliate*
*not fda tested approved, not a weight loss product, not a medical treatment*

What got me excited, about this new product, was what it is. Exogenous ketones.
I know that may not excite you. For me it was like, what... I can get ketones without months of carb rollercoaster knocking at my door to side track keto adaptation...
Micah was offering coaching, support for anyone who got a two week trial at about $85 for the 15 servings.
I purchased a thirty day bulk package. At $150ish. I had to try this. Already knowing about lchf, vc, ketogenic woe's, and wanting to adapt to them for health and weight loss.
Today is day five on the product. Once or twice a day you mix it with water and sip it on an empty stomach.
I had been eating more fats in my diet the last year or so, ribeyes, eggs, real butter, stuff the body already knows how to use.
Sunday I weighed it at 335lbs.
First dose was .5 of a serving on tuesday.
My initial response:
("Wow.
Been about an hour now, since started imbibing keto os.
Im energized like whoa, glad i only did half.
Like2Reply · More · Oct 20 at 11:12am")
("Thanks. I ended up eating about 11:15, started the keto os around 9 am. I felt over energized and stomach was growly. Last meal was 830 pm yesterday.
Too much energy, on half a dose
Oct 20 at 1:55pm")
("Lots of focus driving during dusk, no energy issues like i usually face with night driving. Im shut down for the night, due to h.o.s. requirements, though i could safely drive another 3 or 4 hours.  1030pm")
Day 2,3:
Day two went well. Was barely hungry, think i ate a little lower than the keto calculator, but wasnt hungry. Only carb i had was a gatorade i had early in the day.
One half dose of keto os. Shut down early so didnt take second dose. 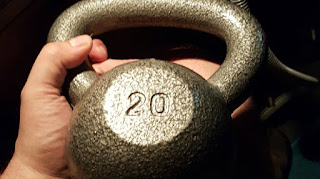 Had bacon cheeseburger no bun two eggs over medium, couple pickle slices and cottage cheese for dinner at a truck stop. Also had some smoked beef slices for a later snack.
Day three starting out with my first full dose.
Have heavy whipping cream, butter, cheese, meat ready for eating later.
Bought a kettlebell for some on the road working out.
Like2Reply · More · Thursday at 9:22am
Day 4:
Day four begins.
Woke with headache. Took some salt, mixed up my keto os in 32oz water, sipping. Salted a second bottle of water.
Was pretty hungry last night, but pushed through it with water. Should probably ate some more fat, oh well lol.
Fat areas of my body feel looser already. No measurements yet, will get those this weekend. I know i started sunday at 335.
Yesterdays thinking and focus were pretty amazing. I was thinking about sugar, glucose, and how overly emotional or negative that rollercoaster is, has been.
Nice to get off that ride finally.
Like1Reply · More · Yesterday at 11:17am
Day 5 begins(today):
Day five begins. 6 pounds missing from my scale. Keto diet in full effect. Noticed yesterday that cravings arent an issue, only fight is habit based bad choices. Kind of like how a person smokes a cig after dinner. When youve done something thousands of times, that sort of thing. Emotions are in check, based on reality versus blood sugar carb rollercoaster. Which has been great for my focus and thinking.
Energy level like ive not had, maybe ever. Been an energy drink user for years. All i have to do now is move to have energy. No spike and fade, no crash. Real hunger and other body signals are much clearer, becoming obvious.
I was even jogging around, a bit more playful.
I did have a headache allof yesterday, mild enough i didnt need meds. It may have been from the weather.
Posted by Mekunga at 3:07 PM